Early paper doll of Elizabeth Taylor...........long before her 1963 portrayal of "Cleopatra" with Richard Burton and Rex Harrison. These paper dolls were published at the time she appeared with June Allyson, Margaret O'Brien, Janet Leigh and Mary Astor in "Little Women" (1949).

Check out the glamorous fashions for a glamorous star. 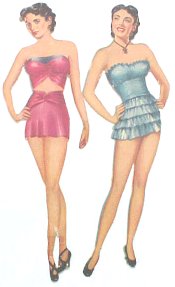 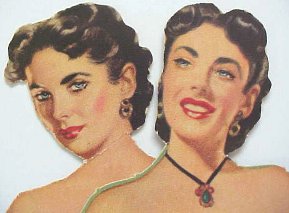 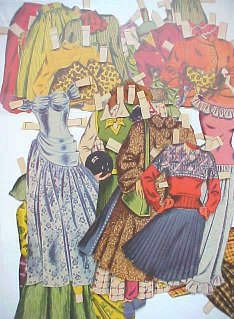 And she does have a web site! 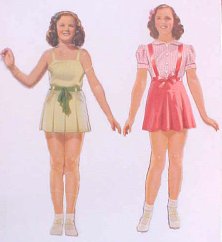 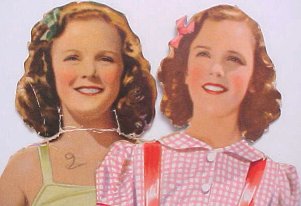 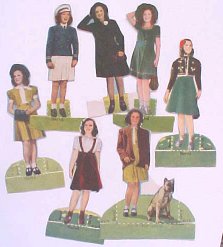 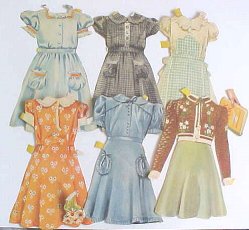 Gale Storm had a top-rated TV series from 1952 to 1955 called "My Little Margie." Although a noted singer, this program verified Gale Storm's talent for comedy. The character of Margie Albright is memorable as the funny, good-hearted daughter of Vern Albright (Charles Farrell).

Not only is "My Little Margie" available on video........Miss Storm also has a web site of her own. 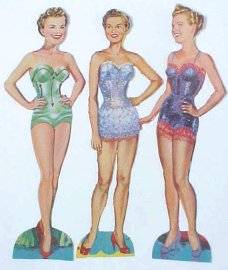 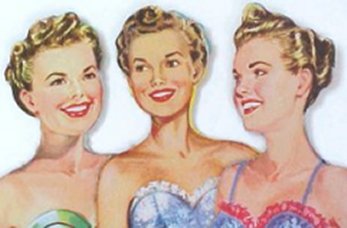 Shirley Temple as a young teen instead of the precocious child who sang "Animal Crackers In My Soup" and "On the Good Ship Lollipop."

Shirley is now a lovely young woman. It as during these years that she co-starred in such movies as "I'll Be Seeing You" (1944) with Ginger Rogers and Joseph Cotton, the World War II drama "Since You Went Away" (1944) with Claudette Colbert, and "The Bachelor and the Bobby-Soxer" (1947) with Cary Grant and Myrna Loy. 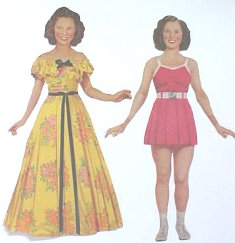 eBay has a rather large set of listings of vintage Paper dolls for sale, if you are interested in a purchase, or to find values if looking for costs, it is necessary to register with eBay. 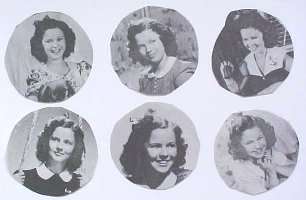 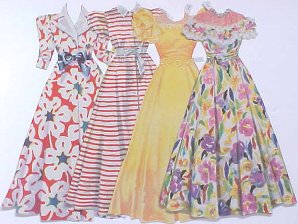 Click here to return to the vintage paperdolls page

eBay is an excellent website for "value" information about dolls, or most anything else for that matter--however, to see what something has sold for, registration is required, so if you are looking for past sales of any particular doll, please register